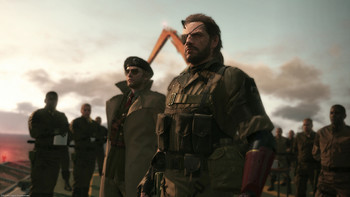 Gladiators... draw their swords... / Form their ranks for... Armageddon...

As the Grand Finale to the Metal Gear series, you're damn right there's gonna be tons of awesome moments.