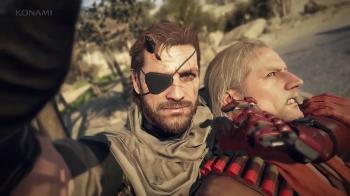 Even in the darkest Metal Gear game ever, there's still some good ol' fashioned quirks from the mind of Kojima.