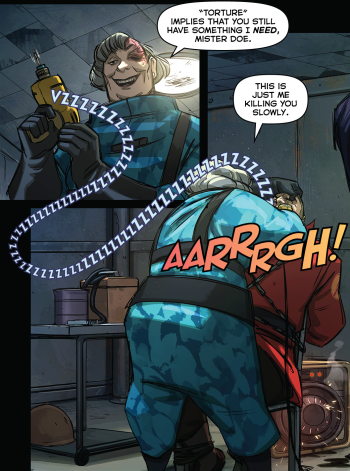 A glimpse of the inhuman thoughts behind her mask.
"I fear no man. But that... thing? It scares me."
—The Heavy, "Meet the Pyro"
Advertisement:

For such a cartoonish-looking first-person shooter/war-themed hat simulator, Team Fortress 2 does have its moments of horror.

This is probably due to a side effect of using the immortality machine, since Medic made a deal with the devil... unless the punishment for particularly egregious sinners is eternal nothingness.

The Game Itself
Advertisement:
Community Stuff
Other
Do you believe in magic?