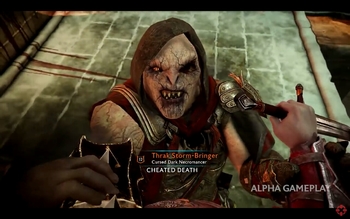 He went through an Eye Scream, Impaled with Extreme Prejudice and a Disney Villain Death less than five minutes earlier.

Other Creatures and beings
Story DLC

The Desolation of Mordor