These games can be quite unnerving in unorthodox ways as they can be Narm Charm. 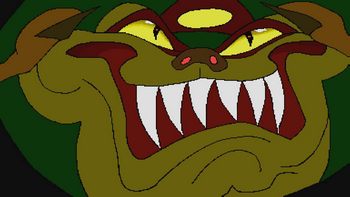 Join me Link, and I will make your face the greatest in Korodai, or else YOU WILL DIE!

The Nightmare Fuel! NO! You haven't seen the last of me!