Nightmare Fuel / The Legend of Zelda: Ocarina of Time 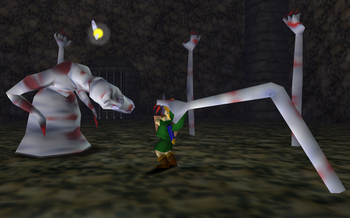 "Oh, get a grip, Link!"
Advertisement:

Ocarina of Time marks the series' 3D debut, which allows for a whole new level of horror.