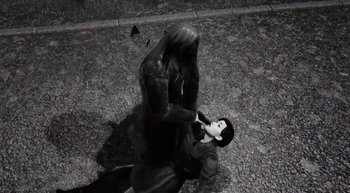 Yup, this is our character.

Consider Hatred's premise: You are an Omnicidal Maniac with an death wish who wants to kill as many people as he can. No reasons or justification. And it doesn't get any lighter from there.