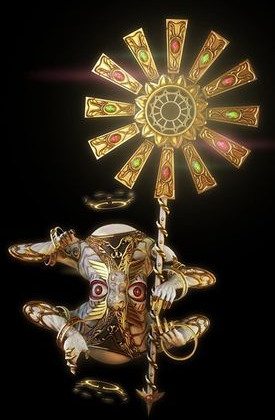 This is about the 8th most disgusting angel you'll see.

As you may have expected from a game that took a Darker and Edgier turn, Bayonetta 2 has quite a bit more of the fuel to go around than before.