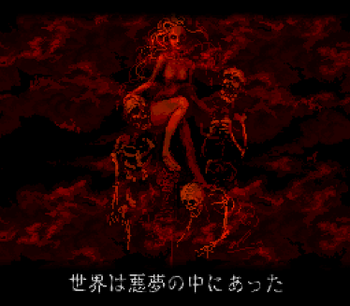 Caption: "The world was plunged in a nightmare."
Advertisement:

As though the ever-present risk of losing your units for good wasn't enough to fill you with dread, the Fire Emblem setting has many disturbing elements to keep you unnerved well after the battle has ended.

Titles with their own pages:

Examples from two or more entries: