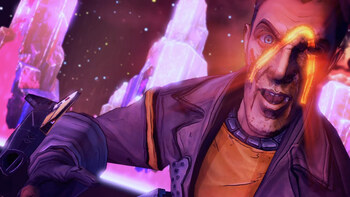 The birth of Handsome Jack.
Advertisement:

As with any Borderlands series, Elpis has its own fair share of nightmarish denizens, happenings, and locations.