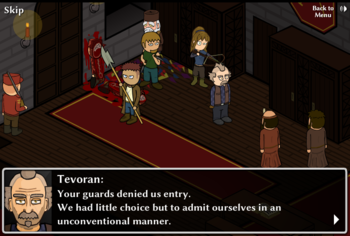 Nowhere is safe from their violence, least of all a church
Advertisement:

World's End relies heavily on black comedy and cartoonishly exaggerated violence to keep things from getting too heavy. Despite that, there are a few moments that cross the line into unsettling territory.