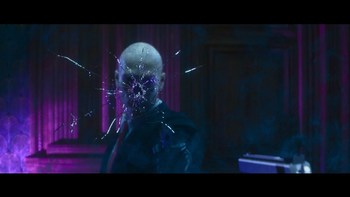 My name is Death and the end is here...
Advertisement: