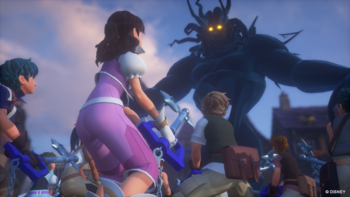 Even years ago, the Heartless were unstoppable forces.
Advertisement: