Nightmare Fuel / Tales of the Abyss 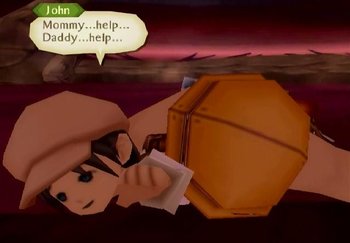 And you can't do anything to save him...

Tales of the Abyss was considered to be the darkest Tales Series game released and held that title for over a decade until it was surpassed by Tales of Berseria.