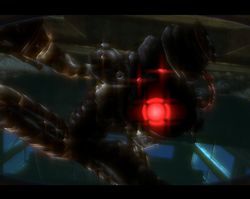 "Big Sister doesn't want you playing with me..."