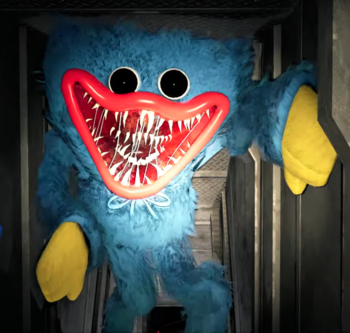 "I just hope that you're certain whatever you're doing is worth it."
Advertisement:

You venture into the abandoned toy factory of Playtime Co., which had a mass disappearance of its employees ten years ago... What Could Possibly Go Wrong? A whole lot, especially since it isn't as abandoned as you may think...

Chapter 1: A Tight Squeeze
Chapter 2: Fly in a Web
Advertisement:

Trailers
General and Other
"He'll make me part of him! You can't do this to me!!!"