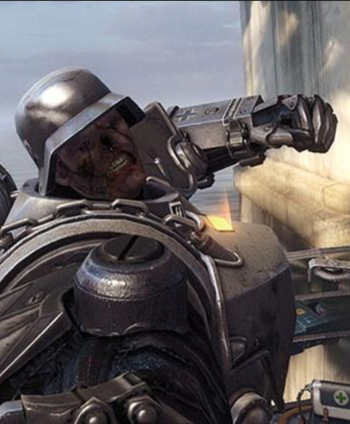 No wonder the Ubersoldaten are given masks...
Advertisement: