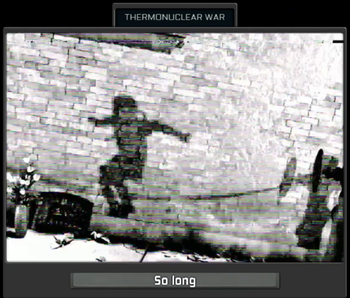 ALL GONE
With a mod that examines how our world would go where the Axis powers won World War II, let’s just say that the horrors in this mod will make you grateful that the Allied powers won, and not the other way around...
Advertisement:

open/close all folders
General
Burgundy
Germany and the German Sphere
It is hardly surprising that a Victorious Nazi Germany is the stuff of nightmares.

"He was a man born into the world to shake the nations, the scourge of all lands, who in some way terrified all mankind by the dreadful rumors noised abroad concerning him."

The story of the infamous mad regent begins before the release of the mod, when the devs began to hint at one particular path in Komi which they said would be "the worst path for Komi and Russia as a whole". Considering some of the unifiers included the crazed ultranationalists of Omsk's All-Russian Black League, the Stalin-idolizing totalitarian communists of Tyumen, the Nazi fanboys in the Aryan Brotherhood, the NKVD securocracy in Irkutsk, and the unhinged All-Russian fascists in Amur, the fans were left to wonder just what sort of horror was to be unleashed. Come the release and the reveal of Sergey Taboritsky, the Esoteric Nazi adherent in Komi, their questions were answered in the most horrific way.

The Collapse of the Holy Russian Empire

With the release of the After Midnight update, the collapse of the Holy Russian Empire is shown in all its horror and insanity, and the suffering is nowhere near over.
Only the worst of the SS could hope to match Abaddon's followers in cruelty and sadism. Serial killers and nihilistic brutes are the vaunted elite of this new society, their inhumanity cloaked in religious fervor born of their old commander's ravings against a world gone mad.
Japan and Its Sphere
Italy and Its Sphere
Advertisement:
Poland
British Isles
USA
Iberia
Other/Misc