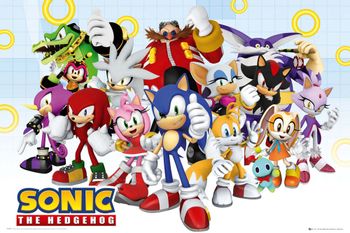 As Mario is to Nintendo, Sonic is to Sega. Due to the number of characters there are, as well as how many tropes each of them have, the characters have been split into separate pages. It should be noted there are various continuities that exist within the series and each may have its own respective page for its cast. The following pages are only for tropes that are consistent across most of the continuities. Any tropes exclusive to that continuity belongs on the respective page.