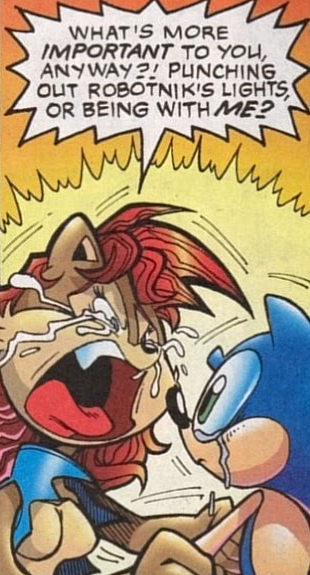 Not pictured: The few dozen flies Sally just swallowed.note And another two dozen during the slap scene due to forward momentum.
While the Sonic the Hedgehog franchise has grown up, it doesn't always show when it comes to the writing.