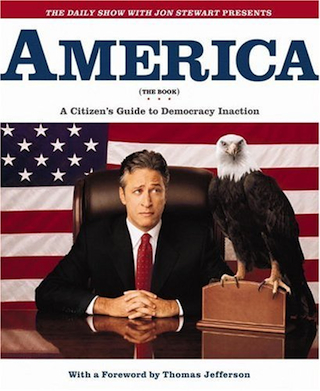 READ or the eagle will eat you.
I would certainly read this book if I were alive today, which, for all you geniuses out there, I am not.
—Abraham Lincoln
Advertisement:

America (The Book): A Citizen's Guide to Democracy Inaction is a Satire/Parody/Pastiche of high-school textbooks about the history of American democracy and politics by the writers of The Daily Show.

Now has a sequel of sorts: Earth (The Book): A Visitor's Guide to the Human Race.

Not to be confused with I Am America (And So Can You!) by Stephen Colbert.