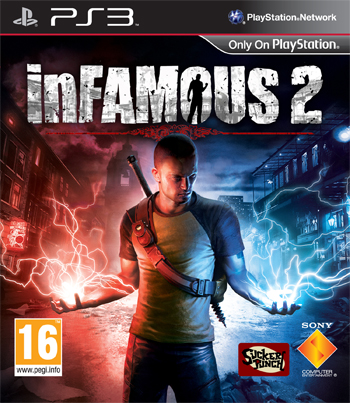 Zeke: Half as long...
Cole: ...twice as bright.
Advertisement:

inFAMOUS 2 is a PlayStation 3 Action-Adventure Wide-Open Sandbox Superhero video game and the 2011 sequel to InFAMOUS.

open/close all folders
Main Game
Cole:"Get out of my way... the Devil's comin' through!"
Festival of Blood 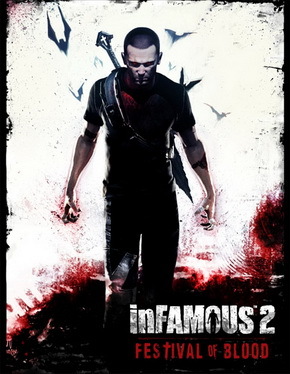