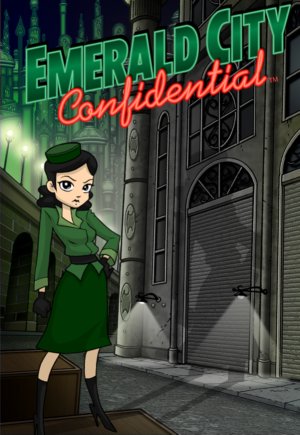 Petra is a Private Detective in a Darker and Edgier Emerald City. After a disastrous night involving destroyed evidence and a nasty confrontation with Lion, Petra is approached by a woman named Dee, who hires her to find her missing fiancé. However, as Petra delves deeper into the case, she becomes engrossed in a hunt for a magical MacGuffin and the struggle for power between the Ozians and the Phanfasms. As she travels throughout the different lands in Oz, Petra encounters some famous Oz residents, although they're not the same lovable characters you remember. At the same time, Petra is also driven by her need to find her little brother, who has been missing and presumed dead since the Phanfasm War.

, and on Steam here