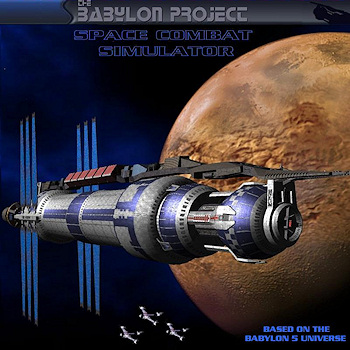 "It was the dawn of the third age of mankind, ten years after the Earth-Minbari War. The Babylon Project was a dream given form."
— Cdr. Jeffrey Sinclair, Babylon 5 season one opening narration
Advertisement:

is styled as a fan-made total conversion mod for the video game FreeSpace 2, although what it is in actual fact is a full standalone freeware game based on the same engine. It is set in The 'Verse of the television series Babylon 5.

The Babylon Project contains all the ships of the series, and several campaigns, including:

The mod also has a mod of its own, called "Zathras" (after the quirky caretaker of Epsilon 3 in the TV series), which adds visual and other effects to the game to make it look even more like the TV series.

Not to be confused with the Babylon 5 wiki of the same name.