"A video a day keeps the sanity away" 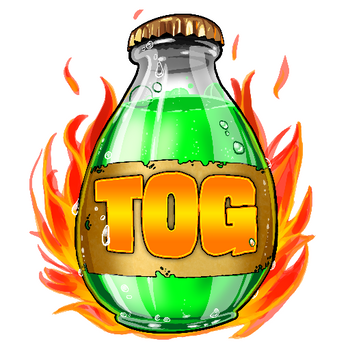 is a British YouTube gamer who specializes in heavily edited video game playthroughs and montages. He started his channel back in 2011 and has since evolved from doing simple Halo: Reach, Halo 4 and Minecraft trolling videos to increasingly more edited playthroughs and montages of games such as Grand Theft Auto V, Dark Souls 2, Middle-earth: Shadow of Mordor, Dark Souls, Bloodborne, The Binding of Isaac (both Rebirth and Afterbirth), Dark Souls 3, Super Mario Maker, and more.

Tear is known for his distinct commentary and editing style which includes various visual and audio effects, pop culture references, excessive use of rather creative British swearwords, hilariously bad jokes and puns and his unmistakable accent. He regularly submits himself to torture through various video game challenges, all of it for the entertainment his viewers. He also highly enjoys editing his videos and prioritizes quality over frequency, which often results in schedule slip-ups. To remedy this, as of June 2016 Tear has hired other editors, and as of 2022, he has also hired an editing team in the form of Zygo Media to further lighten the load.

Tear also supports various other smaller YouTubers who he enjoys watching and frequently promotes them at the end of his videos.

Tear of Grace provides examples of the following tropes: