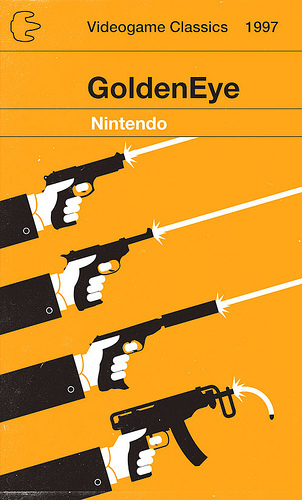 Guess which weapon nobody ever uses.Credit Poster design by Olly Moss.
Advertisement:

In video games, you're bound to find at least one weapon or offense-oriented piece of equipment that you like to use, and use it regularly. Then there are the weapons that are either difficult to use effectively, useless in most situations, don't have much availability, or just plain unfun to utilize. Most people try to avoid using these weapons if they can afford to do so, but some games require you to use them at least once, usually to defeat a boss, solve a puzzle, or find an important item, at which point they are either discarded or forgotten. Note that this is not limited to weapons: Magic, offensive items, Mons or fighting moves can also fall into this category.

Compare with Useless Useful Spell, which deals with skills and spells that deal status effects in RPGs, and Tier-Induced Scrappy. Contrast with Joke Item, which is an intentionally weak or useless weapon or item, So Last Season, where a weapon that was good for what it did is replaced by a newer, better one, and With This Herring, which is about deliberately being given poor (albeit usable) equipment by the important NPCs when the fate of the world is at stake. Not to be confused with Weapons That Suck.