Web Animation / LORE in a Minute 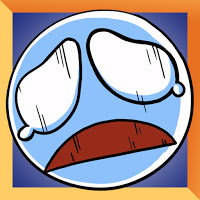 Have fun!
Lore in a Minute!

is a series of animated videos on YouTube, written and narrated by the staff of Polaris (most typically TotalBiscuit, OMFGcata and Press Heart To Continue) with art by various animators starting with DJ Ross

. They involve a brief explanation about the backstory of a certain video game franchise and as indicative of the title typically take anywhere around a minute.

Recently Lore has added a second series called Fast Facts to the channel. These shorts are facts that are said in a rapid manner. There is also Checkpoint, which gives a similarly quick summary of a game's story, so naturally there will be spoilers.

Beginning 2015, the show has began telling lores of other media including movies and TV shows. After a brief hiatus in 2016, the show returned with a new logo and theme song.

It also updates thrice weekly, with a game Lore on Mondays, Fast Facts on Wednesday, and either a developer Lore or a Checkpoint on Fridays.