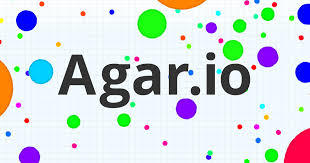 is a massively multiplayer Web Game created on April 28, 2015 by at-the-time 19-year-old Brazilian developer Matheus Valadares as a browser game before expanding to Steam on May 3, 2015, and later to Android and iOS devices on July 8, 2015.

It is a multiplayer Rising Up The Food Chain Game: players control a cell on a map akin to a petri dish, and the goal is to gain as much as mass as possible by eating other cells and avoiding being eaten by other cells. It's more interesting, more intense, and more fun than it sounds, and was the subject of some quite monstrous popularity and success largely due to word of mouth to the point of being featured in an episode of House of Cards (US).

The core mechanic of the game was seen earlier in the 2009's Osmos, a single-player project by the Canadian Hemisphere Games. After release, it gave birth to a large number of clones itself.