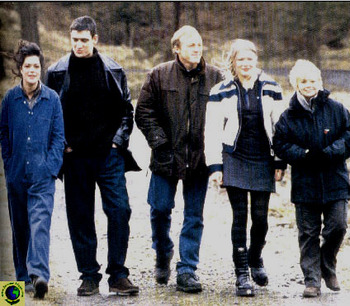 Badger was a British drama series about a police wildlife liaison officer and others who help him fight wildlife crime set in the rural county of Northumberland.

Animal-loving detective Tom McCabe is one of very few wildlife protection officers assigned to work for the Northumberland City police with his reluctant, sometime partner Jim Cassidy. In this mainly rural county Tom and Jim investigate wildlife related crime in close association with RSPB officer Claire Armitage, much to the chagrin of her husband, Tom's superior David Armitage who believes more than a professional relationship exists between them. Whilst Tom likes Claire he attention is currently focused on veterinary surgeon Steph Allen, a single-mum who runs the local wildlife sanctuary. However, Tom's life is radically altered by the arrival of his previously unknown daughter Wilf.

Has no connection to The Badger comic book.