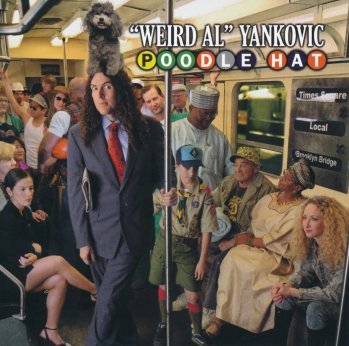 The album was unfortunately the beginning of a brief career slump for Al at the beginning of the New Millennium, largely due to Eminem revoking permission to shoot a video for "Couch Potato" (his parody of "Lose Yourself") at the last minute, therefore robbing the album of much promotion. A video for "Bob" was shot for that year's Al TV special, but did not receive rotation on MTV. Critical reception wasn't much better.

Luckily for Al, he would bounce back a few years later with his next album.

Write us some tropes, you're the Troperman.