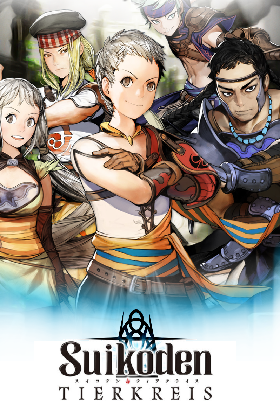 A Suikoden Gaiden Game for the DS, Suikoden Tierkreis is set in a parallel world unconnected to the main series, though it contains many of the familiar themes mixed with the exploration of fate, destiny and free will. Sieg, an optimistic young warrior from Citro Village whose motto is "You never know until you try!", is out fighting monsters with several of his childhood friends when they witness a strange occurence... that nobody else seems to remember afterwards. However, they also come across the Shining Legacy, a book which seems to help awaken the Starbearers and the magical abilities known as the Mark of the Stars. Their investigation soon leads them into conflict with The Order of the One True Way, a group that preaches that all is decided by fate and everyone's destiny is predetermined.

Slow to start, but it provides a different take on several concepts central to the Suikoden mythos.