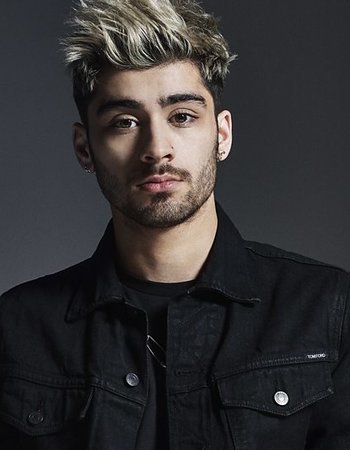 Zayn is perhaps best known for being a founding member of the British boy band One Direction, whom he performed with from their creation in 2010 until his eventual departure in 2015.

Upon leaving the group, Zayn began working on solo material, and released his debut album Mind of Mine in early 2016. Launched by the single "Pillowtalk", which went to #1 on the Billboard Hot 100 chart in the United States, Zayn was the first member of One Direction to release solo material, followed by Harry Styles' debut album in 2017 and a handful of singles by Louis Tomlinson, Liam Payne, and Niall Horan.

In 2017, Zayn released a duet with Taylor Swift —titled "I Don't Wanna Live Forever"— which featured as the lead single of the Fifty Shades Darker soundtrack. That same year, he also began work on his sophomore album, and filmed a role in Ocean's 8.

From 2012 to 2015, Zayn dated Little Mix singer Perrie Edwards, and the two were engaged to be married for the majority of their relationship. He was later attached to American supermodel Gigi Hadid, who co-starred with him in his "Pillowtalk" video. The two had a daughter, born in September 2020.