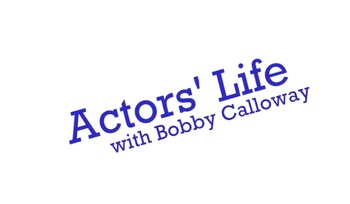 "I love you! Stay safe."
The Actors' Life Podcast is a podcast run on YouTube by Anglo-Irish actor and writer Bobby Calloway - done entirely through Zoom interviews.
Advertisement:

One of many podcasts started during the 2020 COVID-19 pandemic, the podcast initially interviewed various up-and-coming actors in the Irish film industry. But it soon expanded to include musicians, cinematographers and other creatives (rendering the title an Artifact Title by the sixth episode, unless you interpret it as referring to Bobby's life rather than those of his guests).

Topics range from how to get started in a creative industry, why some people are drawn to the arts, and deep topics such as mental health. Expect lots of positivity.