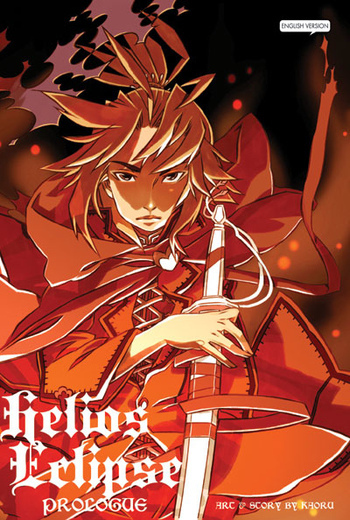 Know these words, and heed them.
For when the sun rises,
when the light of hope shines brightest,
So shall the shadows cast grow deeper and darker.
When joy and despair arise entwined
Shall there ne'er be a greater portent of disaster.
When the elements fall out of order
The sun's light shall die.
But though you walk in darkness,
Know that with our hands
Ever firmly clasp'd together
We shall not lose our way.
Advertisement:
So shall the search for future's light begin.