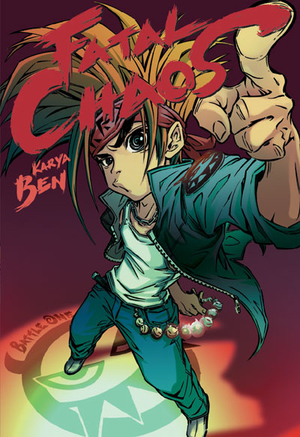 Fatal Chaos is a Malaysian comic by Gempakstarz artist Benny Wong Thong Hou which was first published in the first issue of Starz Magazine. In April 2007, Fatal Chaos was transferred to Starz's sister magazine Gempak. On September 2007, artistic duties transferred to Juice (Norman Noh) under the alias GempakStarz when Ben resigned from Gempak. This series ran from the month of June 2004 to August 2008 in Gempak's 211st issue and was compiled into five books; Battle One, Turbo EX, 3rd Strike, 4th Attack and Final Fight.

This series tells the story about Rex, a teenager who has been expelled 8 times because of his disobedience and discipline problems. One day, he meets Eva, who then suddenly becomes his crush. With his best friend Max, he tries to fit in his new college where he faces a lot of martial arts students, and a secret association, called the Evil Rabbit Gang that are related to his hidden past.