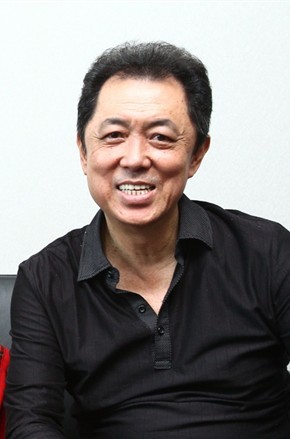 "I'm not an artist, I'm a movie factory whose products to match the season." - Kevin Chu

The Taiwanese equivalent to Ed Wood.

Kevin Chu Yen-ping (朱延平, Zhū Yánpíng, born 12th December 1950) is a Taiwanese film director known for his work from the 1980s and 90s, particularly in schlocky, B-grade movies which are often considered to be absolutely trashy, but still entertaining.

A former graduate of Soochow University, Taiwan, Kevin Chu's interest in film-making begin when he did part-time work in the studios Central Motion Picture Company during his university break. His most prominent work back in the eighties, which arguably launched his career, are the trilogy of anachronistic war-action movies he had made with Brigitte Lin, consisting of Pink Force Commandos, Golden Queen's Commandos and Fantasy Mission Force.

He also directed the award-winning Taiwanese war movie, A Home Too Far, and it's sequel, which earned him the 1990 Golden Horse Film Festival and Awards.