Film / My Summer of Love 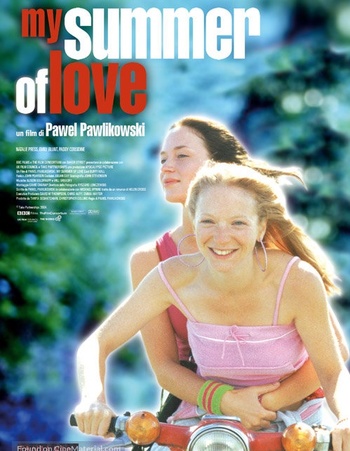 My Summer of Love is a 2004 British romantic drama film directed by Pawel Pawlikowski and co-written by Pawlikowski and Michael Wynne. It is based on the novel of the same name by Helen Cross. The soundtrack was provided by Goldfrapp.

Filmed in Todmorden, West Yorkshire, the picture went on to win the Alexander Korda Award for Best British Film at the BAFTAs in 2005.