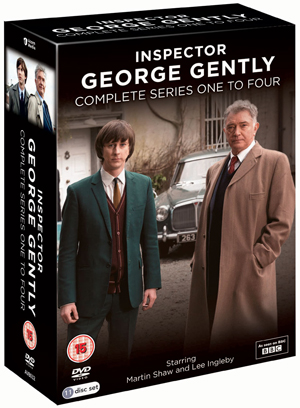 Based on the 1960s novels by Alan Hunter, but moving the setting from Norfolk to Northumberland and County Durham, this crime series set in The '60s involves two detectives: Detective Chief Inspector George Gently (Shaw), formerly of the London Police, and Detective Sergeant John Bacchus (Lee Ingleby), his hothead trainee.

The 2007 pilot and 2008 first season (just called George Gently) were rather dark affairs; a battle for the soul of Bacchus waged between Gently and the corrupt police force. The second season is somewhat lighter in tone- the stories are still fairly dark, but there are new "Sixties-style" opening titles and more comedy.