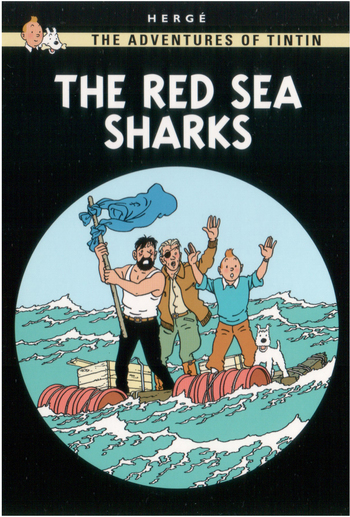 The Red Sea Sharks (1958) is the 19th adventure of Tintin. It is notable for its re-introduction of Tintin's Rogues Gallery and a number of supporting characters. The album begins with a reference to the Land of Black Gold. In Khemed, Sheikh Bab El Ehr has finally managed to depose his rival Emir Ben Kalish Ezab. Abdullah, the Royal Brat son of the Emir, is sent to Marlinspike Hall for protection.
Advertisement:

Tintin has to face many of these old foes in order to resolve the situation in Khemed and in a revived slave trade.