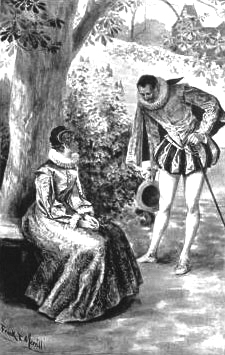 Nothing is as romantic as adultery.
La Dame de Monsoreau (A.K.A. Chicot, the Jester) is the second of The Last Valois series written in 1845 by Alexandre Dumas, père. The action takes place six years after the events depicted on La Reine Margot. It was followed by Les Quarante-Cinq.

Henri III is now king of France but sadly he had no heir, except his brother François d'Anjou, who is believed to be the presumptive heir. In his court, his closest friends, les mignons, spend a lot of the royal budget and there are people around him are plotting his fall. The people is displeased with his extravagance, by the relaxation of morals and by the tolerance towards the Huguenots. This just means that the Catholic League is putting its plans together for a new St. Bartholomew.

Finally, to round off the scene, Chicot, the court jester, is the only sane man, who not only gives good advice, but is in charge of undo conspiracies while cleverly mocking his king.

Amid this chaotic atmosphere, M. Bussy is a gentleman of fierce reputation, beloved by some, feared by the rest, who, in an adventure where he is wounded, meets the woman who gives title to the work. Diane is captive in a house in the outskirts of Paris and her husband is terribly jealous.

Bussy becomes one more of the suitors of the lady, though he has the fortune of being the chosen one, Now he just has to find a way to get rid of the husband and to convince the Duke of Anjou to stop chasing her. Piece of cake!

This story has been adapted to film three times, before 1950, and twice on television, first in 1971

The 2008 adaptation provide examples of: 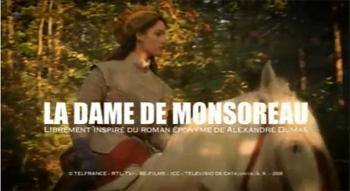