Literature / The Haunting of Hill House 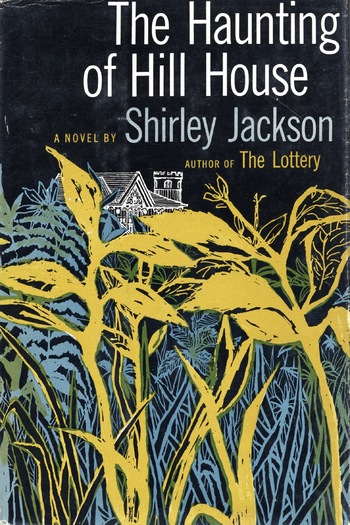 One of the most acclaimed horror novels of all time, Shirley Jackson's The Haunting of Hill House (1959) follows the misadventures of a group of people recruited by Dr. John Montague, a would-be specialist in the "analysis of supernatural manifestations," as they attempt to document the goings-on at Hill House.

Hill House ("not sane"), erected in the late nineteenth century, was commissioned by one Hugh Crain—whose first wife died before she even managed to enter the house. His second wife also died. And the third. If this run of suspiciously bad luck wasn't enough, the house has since seen a run of mysterious events, suicides, and strange accidents, all of which have left it with a very unfortunate reputation indeed.

In the tradition of Jackson's classic short story "The Lottery," most of the novel's horror derives from Mind Screw instead of graphic terrors. The Haunting of Hill House was adapted to the screen in two films named The Haunting (in 1963 and 1999), of which the former is considered a classic in its own right. The latter... not so much. Netflix adapted the story into a series, which was released on October 2018.

Not to be confused with fellow horror movie House on Haunted Hill (1959).