Fanfic / Aftermath of the Games 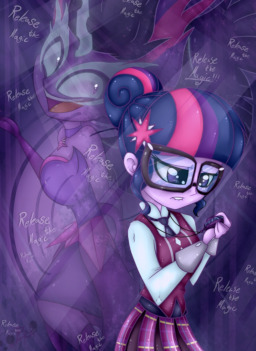 Aftermath of the Games
Advertisement:

Aftermath of the Games

is a My Little Pony: Equestria Girls fanfic written by Darth Link 22, the creator of The Nuptialverse and About Last Night.

After the whole mess with Midnight Sparkle, Cinch gets some well deserved comeuppance. But after seeing her get hers, Twilight begins to wonder why she should have got off so easy while her principal gets all the blame.

Alternate Universe in what happens at the very end of Friendship Games and the season 5 finale.

, began publication in January 2016 and posted its most recent chapter in July 2021. The author died in February 2022, leaving the story unfinished. Help on the subpages will be appreciated if you are able to contribute.

Careful of a couple of Late Arrival Spoilers in Integration.

Aftermath of the Games provides examples of:

open/close all folders
Aftermath of the Games
Integration