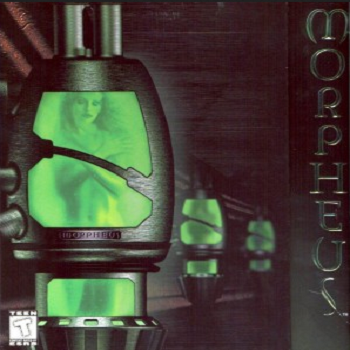 This game, released in 1998 for PC, is a first-person adventure game similar to Myst, with a point and click interface. However, the player may also pan around a location by clicking and dragging the mouse. Clicking the mouse to go in a certain direction results in a transition video showing the player's movement.
Advertisement:

Initially released as a 3-CD game, the remnants of the development team have since rereleased it as a free web-based port

The year is 1928, and fish oil magnate and member of the Explorers' Club, Commander Theodore Holmes is attempting to travel across the North Pole in a hot air balloon. As he is making preparations, a man suffering from the climate stumbles in and mutters many incoherent words, he mentions a luxury liner called the Herculania and that the people on it need help. Intrigued by this, he proceeds in the direction of the liner...and disappears. In 1952, Matthew Holmes has embarked upon a quest to find his father and gain some closure. Unfortunately, he has lost his way and is separated from the rest of his party in a blizzard. He has begun to lose control of his understanding between dreams and reality and is about to succumb to the weather when he suddenly discovers the ship that his father was searching for. Could this ship hold the answers to his disappearance?