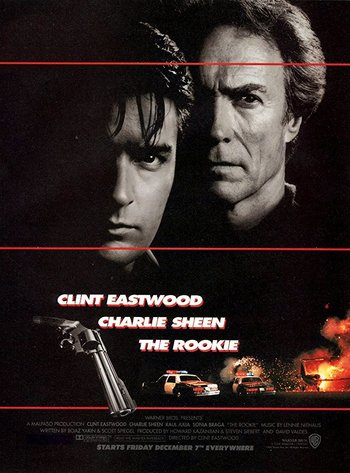 The Rookie is a 1990 American film directed by Clint Eastwood and starring Eastwood, Charlie Sheen, Raúl Juliá, and Sônia Braga.

Eastwood plays Nick Pulovski, a veteran police officer teamed up with a younger detective David Ackerman (Sheen), whose intent is to take down a German crime lord (Julia) and his lover (Braga) in downtown Los Angeles following months of investigation into an car theft ring.

Not to be confused with the 2002 film starring Dennis Quaid of the same name.