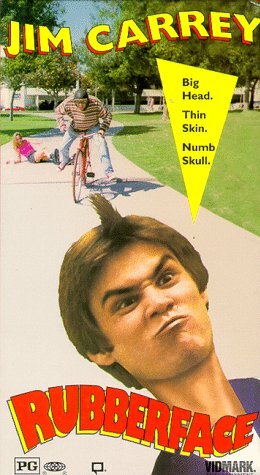 Rubberface, originally titled Introducing... Janet, is a made for television film broadcast in Canada in 1981. The film focuses on Janet Taylor, a socially awkward teenage girl who goes to a comedy club for research on a paper called "Why We Laugh". It is there that she meets busboy/struggling comedian Tony Moroni (Jim Carrey), who fails to entertain the audience and enlists her to help him with his material as he is set to be part of an upcoming "Battle of the Buffoons" competition.

Introducing... Janet marks the public debut of Jim Carrey, who here is the co-star. After Jim Carrey hit it big in 1994, this film was released on home video in 1995, now with the title Rubberface, and with the packaging making it look as if Jim Carrey is the star of the film.