Film / Sabrina Down Under 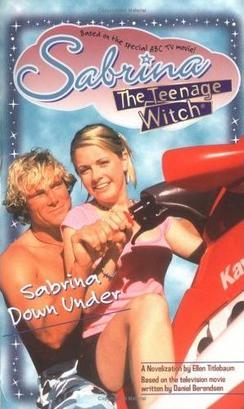 Sabrina Down Under is the second Made-for-TV Movie spun off from Sabrina the Teenage Witch and a sequel to Sabrina Goes to Rome. It was directed by Kenneth R. Koch and written by Daniel Berendsen. In this Sabrina and Salem go to Australia on a diving holiday. But they eventually discover a merman called Barnaby, whose colony is in danger of being wiped out - due to chemicals being dumped into their home. Things also get tricky when the local marine biologist gets suspicious about Barnaby.

The movie premiered on ABC on September 26, 1999, as part of their anthology series The Wonderful World of Disney.