Film / The Rising of the Moon 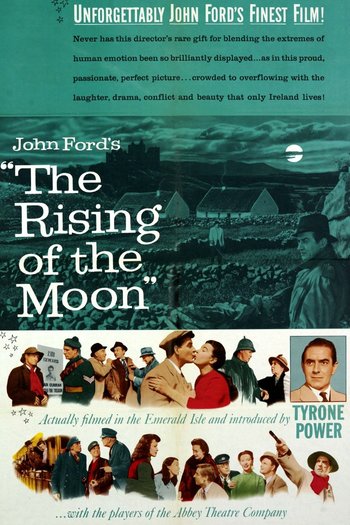 A 1957 Anthology Film by John Ford, who once again returned to his beloved Ireland to make this quaint little film. Featuring no Hollywood stars (except for Tyrone Power as the film's host), this picture was filmed entirely in Ireland and featured exclusively Irish actors — including players from Dublin's famed Abbey Theatre, the national theatre company. The film tells three stories, each based on the work of a notable Irish literary figure.