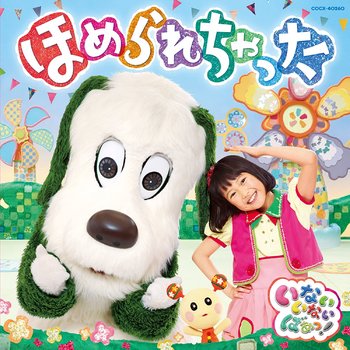 Inai Inai Baa! is a Japanese children's show. It premiered on the NHK on April 1, 1996, and has been running since. In North America, the show airs on NHK's international feed, TV Japan. VTV7 in Vietnam airs a Foreign Remake, Ú Òa, while Canal 22 in Mexico airs a dubbed version called ¿Dónde estoy? ¡Aquí!. It's also available on Netflix.

Inai Inai Baa! is an educational series starring Wanwan the anthropomorphic dog and a female child host known as Onee-san, or "big sister". A character named U-Tan was introduced later on in the series. The show is a children's sing-along show in the same vein as Barney & Friends.

If you're wondering, the show's title basically means "peek-a-boo" in Japanese. In fact, the aforementioned Netflix release, as well as the TV Japan website and the official English dub, both rename the show Peek-a-Boo.