Western Animation / Bo on the Go! 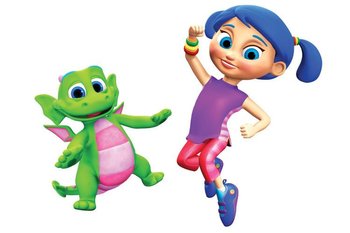 Bo on the Go! is a Canadian children’s show created by Jeff Rosen, produced by Halifax Film and distributed by WildBrain for CBC.

Running from September 3, 2007 to March 1, 2011 with three seasons, it follows the young, positive, super-energetic Bo and her dragon best friend Dezadore (or Dezzy for short) as they go on adventures while promoting physical activity for kids at home.

Bo on the Go! contains examples of: