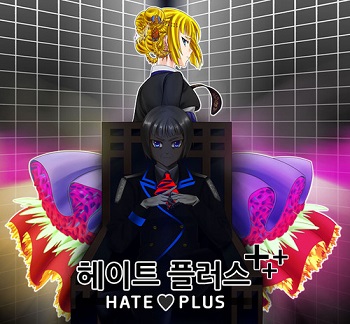 In the late 24th century (2390, to be precise), the Mugunghwa, a generation ship, was launched by the Korean government to found a colony in a planet far away from Earth. The ship never reached its destination, and was detected, adrift and lifeless in the immensity of space, more than two thousand years later. During the events of Analogue: A Hate Story, you were sent to the ship to recover the message logs of its computer, in hopes of finding what made the ship go derelict. After examining the computer logs and getting testimony from the two Artificial Intelligences in the ship's system, *Hyun-ae and *Mute, you managed to uncover the mystery behind the demise of the entire crew of the Mugunghwa.

But why did the ship go off-course and disappear without warning to begin with? It is evident, from the nature of the final message logs in the computer, that the ship's society somehow regressed to a pseudo-feudal period sometime during its travel, but all information before that period was conveniently deleted, so the causes of this societal degeneration have been lost forever...

Hate Plus is the sequel to Analogue: A Hate Story, the Visual Novel developed in Ren'Py by the Canadian author Christine Love. It started as plans for a Downloadable Content package for the original game, but ultimately became something even bigger than the original novel, to the point of turning into a full game on its own right rather than an Expansion Pack, with features like being affected by variables in your saved game of the original.

The game was released on August 19th, 2013, after a bit of Development Hell. (Her apartment being destroyed in a fire

did not help matters, either.)

Not at all related to Love Plus.